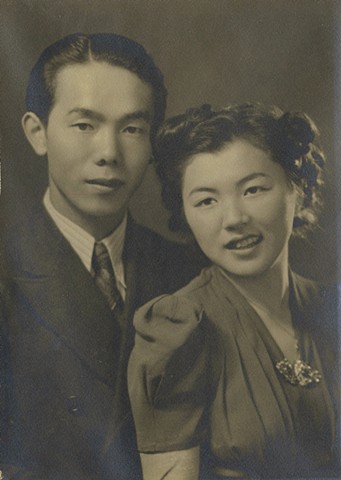 Minoru and May
next >

This picture celebrated my grandparent's engagement in 1938. They were married in September 1939. Less than three years later they were forcibly removed from their home in Los Angeles and incarcerated in Rohwer, AK.

"I remember it was only a few days notice that we had to go to the assembly center. I worried - if you do not go to the center on our own will we might be picked up by the U.S. FBI. People were already being picked up at their home - Japanese language teacher. Anything to do with Japan.

Minoru and I thought best to go with our friends. Many men folks were being picked up by FBI. and separated from their family. Only thing we did not want to be separated." - Grandma May, 2021